My Great Uncle and Godfather, Earl J. Moore, served in World War Two. He was inducted into the United States Army on February 21, 1941 at the age of 24 and served until June of 1945. He was injured in the line of duty on November 11, 1942 and was in the hospital until November 21, 1942. He went back into the hospital on December 12, 1942 and was discharged on April 29, 1943. He had first and second degree burns on his leg. My Aunt Mary Moore, my Godmother, was Earl’s wife. I can only imagine how hard it was for her to have him away for so long.

Uncle Earl passed away in 1965 when I was only 3 months old. My mother told me that she gave him a Father’s Day card from me that he showed off to his whole neighborhood. He passed away the day after on June 21, 1965. I wish I could have known him but I know from his letters to my Aunt, that I would have loved him dearly. My Aunt never remarried and lived to the age of 90.

After she passed in 2010, we found a briefcase in the rafters of her garage that contained memorabilia from his time in the army. I’m not even sure if my Aunt knew it was there because she never mentioned it. There were items in the briefcase that were obviously in his wallet as they were curved in that shape. One was a prayer card that my Aunt gave to him. On the back of the card she wrote: “I Love you Honey. Try to say this prayer as often as you can. Pray with me dear. –Mary” Card from Mary to Earl.

Another item that was in his wallet was a scrap of paper that he would jot down each country, city, and state that he was in during his time in the Army.  On the back of the scrap were the names of the ships he was on.

Earl’s sister, Ethel, was my Grandmother and my Father, Michael, was born while Earl was overseas.  Sadly, my Grandmother passed away when my father was just 11 days old from a hemorrhage that was due to childbirth.  My Grandmother wrote a letter to her brother Earl just days before she gave birth and I imagine that the letter did not get to him until after she had passed away.   One of the things she told him in the letter was that she would have loved for him to be my Dad’s Godfather, however, since he was away, that wouldn’t be possible.  I feel very lucky to have had him as my Godfather a couple of decades later. Earl carried a picture of Ethel in his wallet that was taken on my Dad’s baptism day, just 3 days before Ethel passed away. I’m sure it was devastating for him to lose his sister at such a young age and to be so far away when it happened.

The image below is a letter that Earl wrote to Mary on December 18, 1942.  It was during his second admission to the hospital.  It reads:

Well, Sweetheart, here I am back again trying to write a letter, and I’ve already forgot all I was going to say to you. I’m still feeling fine, as I said before God has been good and has spared me from harm. By the way I’ll have to hurry this letter along as you know there’s only eight more shopping days before Christmas. Ha! Ha! I’ve already picked out your present for you, I’m going to send back Hitler for you and Ma.

I hope you and all the family are getting along well and I also hope you go up and see Ma quite often so you can let me know how she’s getting along. I haven’t heard from anyone for over two months but a guy can’t expect good mail service under these conditions. Although it’s hard to believe, they must have more important things to carry than mail.

Well darling, this letter is short but I know it will answer the purpose in letting you know I am well and that I love you more than ever. Of course I could write four or five pages telling you how much I love you but you’re probably sick of that already. I guess I better close this letter before I start getting homesick and spoil what I’ve already written. Good-Night Sweetheart, May God Bless You and Protect You.

Have a good Christmas cause we have more to be thankful than we can imagine. 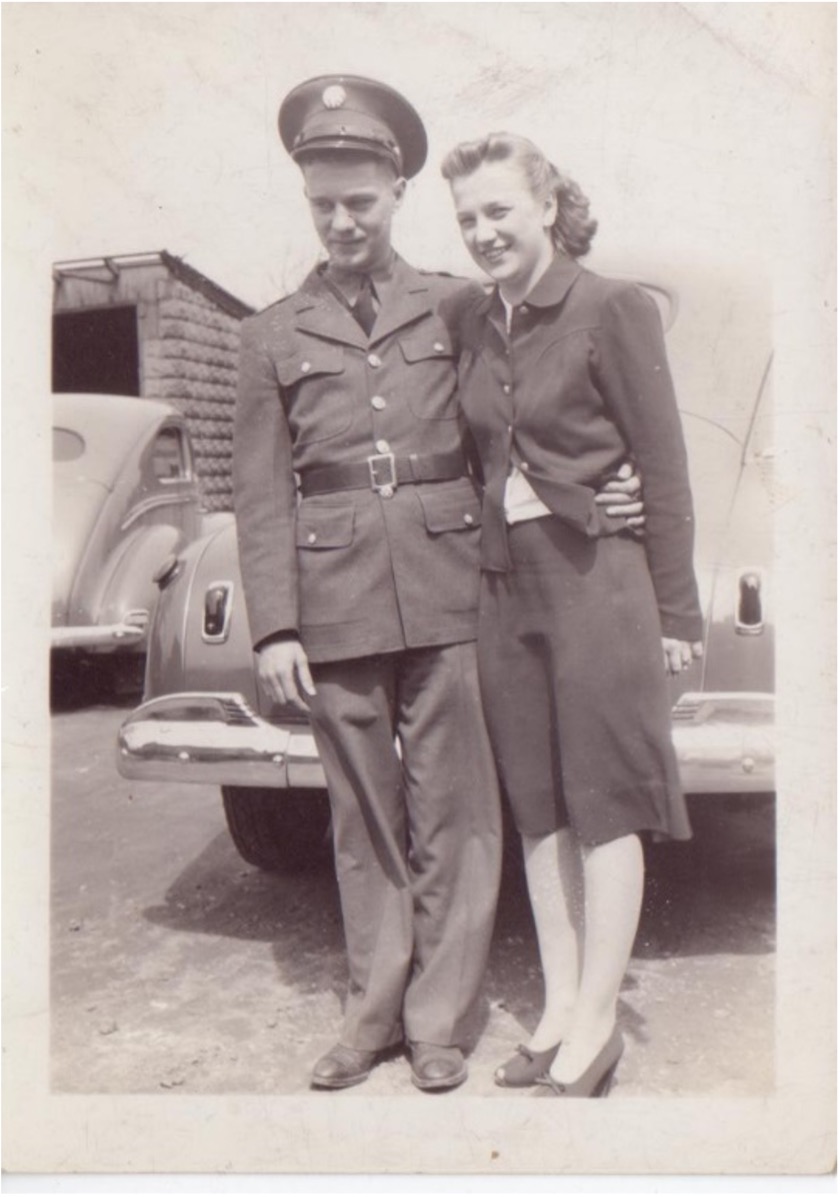 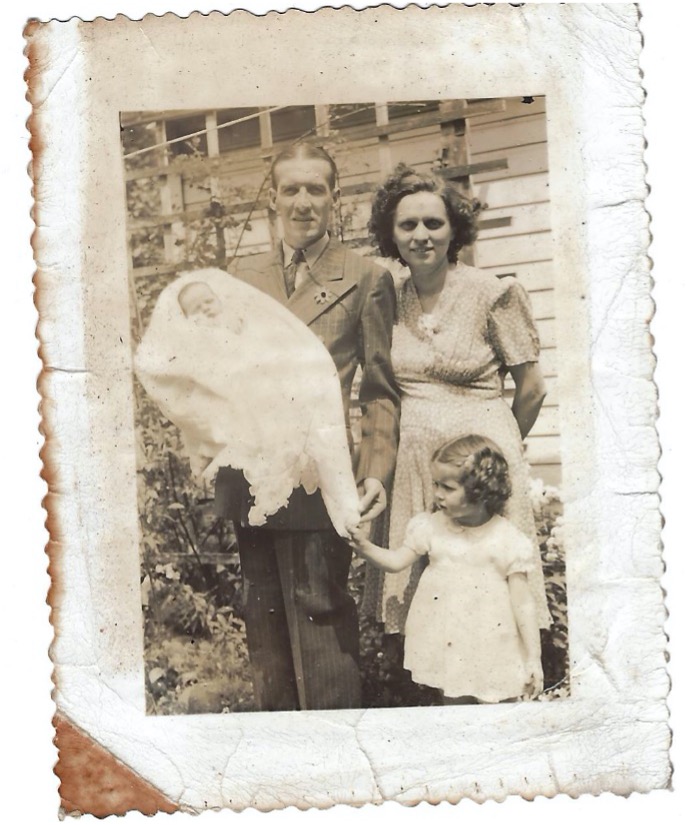 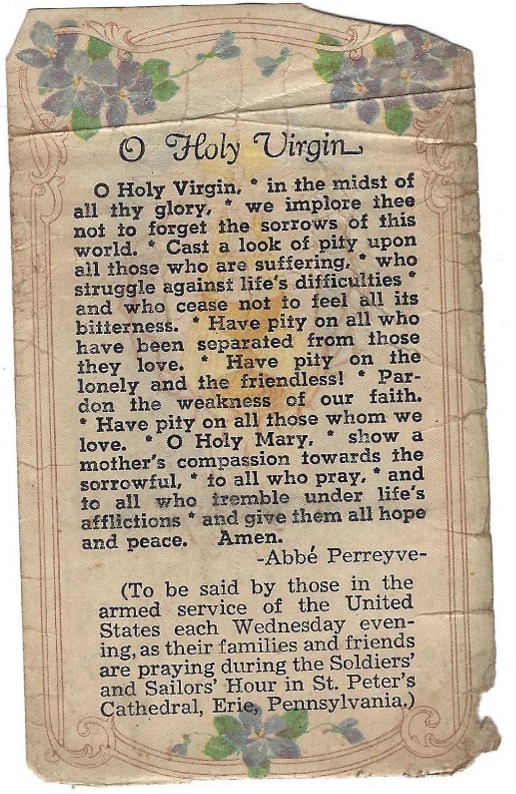 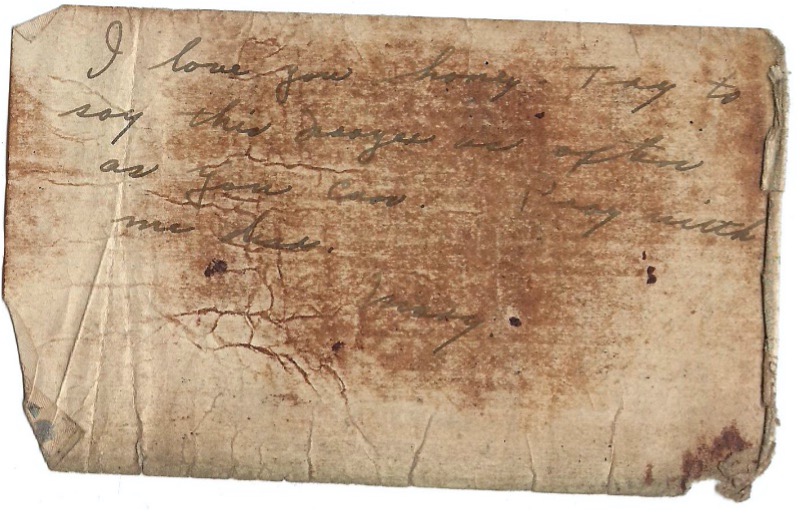 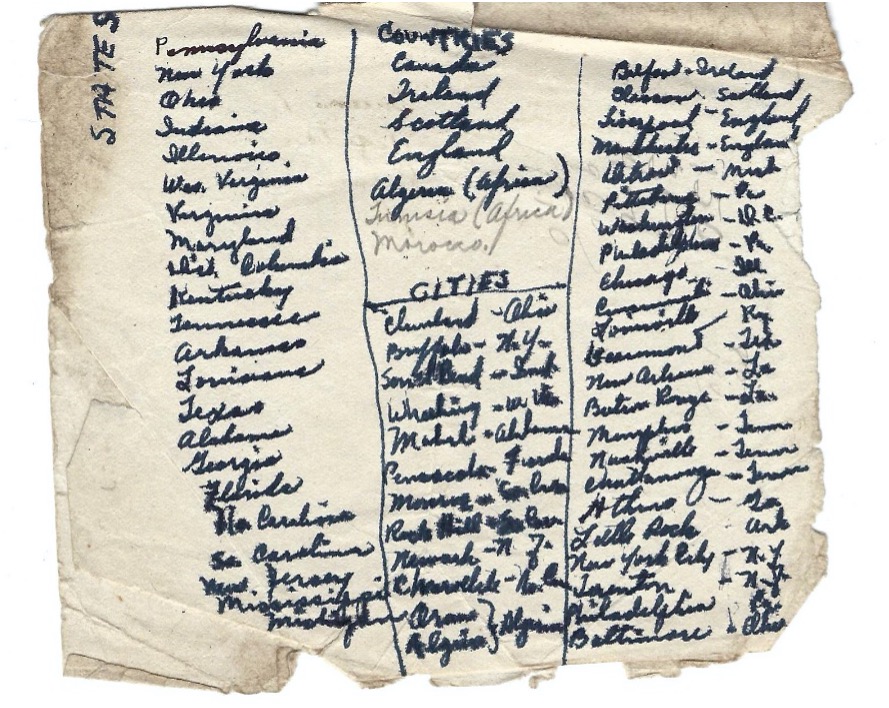